This is a kinetic projector mechanism that produces a continuous sequence of changing drawings that is projected onto a wall. The viewer interacts with the sculpture by setting the weights of the pendulum in motion.  This interaction is scored into a loop of motion picture film that is fed into a standard 35mm slide
projector, and a live animation is projected. The piece explores the way a simple repetitive process can lead to a wide array of imagery that is built up over time. The images created are traces of gravitational movements over time, and are similar to musical scores and peculiar scriptures. The filmstrips are also exhibited as long light boxes in conjunction with the me chanism.

Animechanics is a generative piece that is a mechanical algorithm, which uses a combination of weights and pendulums to induce a harmonic movement. This movement scratches a film revealing it transparent. The structure of ‘Animechanics’ is open and the workings are transparent so the viewer is free to discover the process visually. The mechanism alludes to our advancing technology whilst it looks back in time, when technology was less alienating and physicality was more tangible. 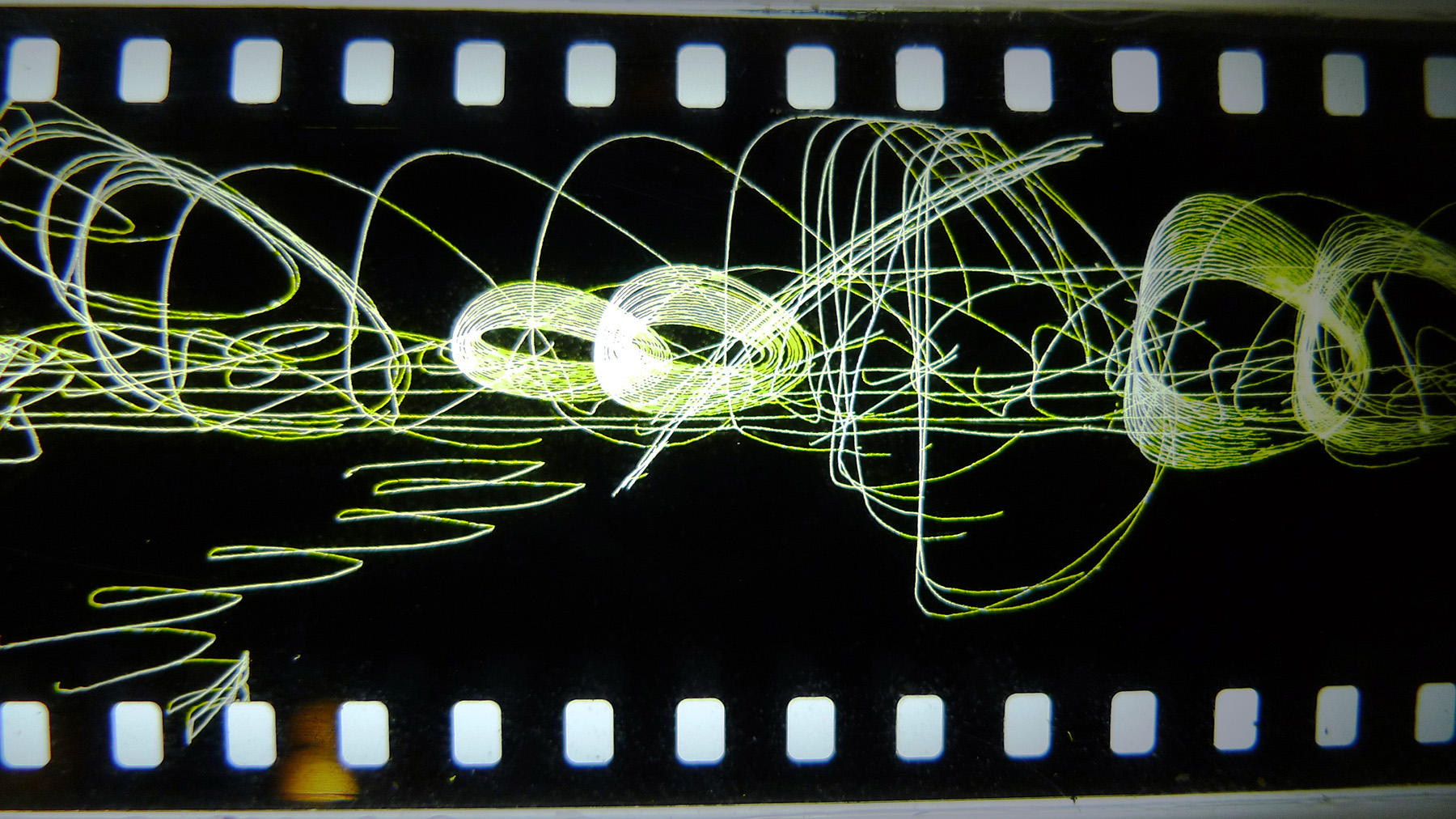 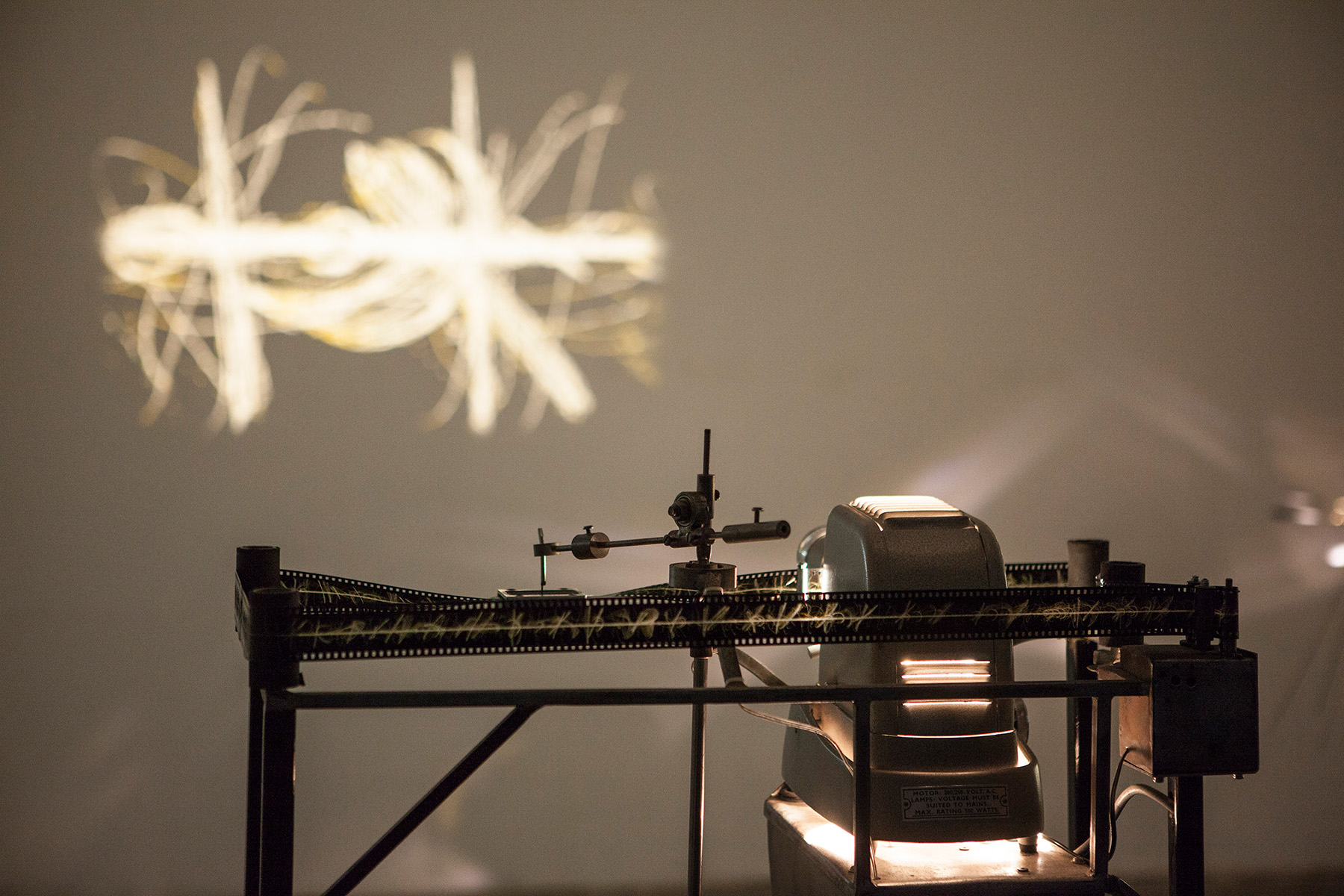 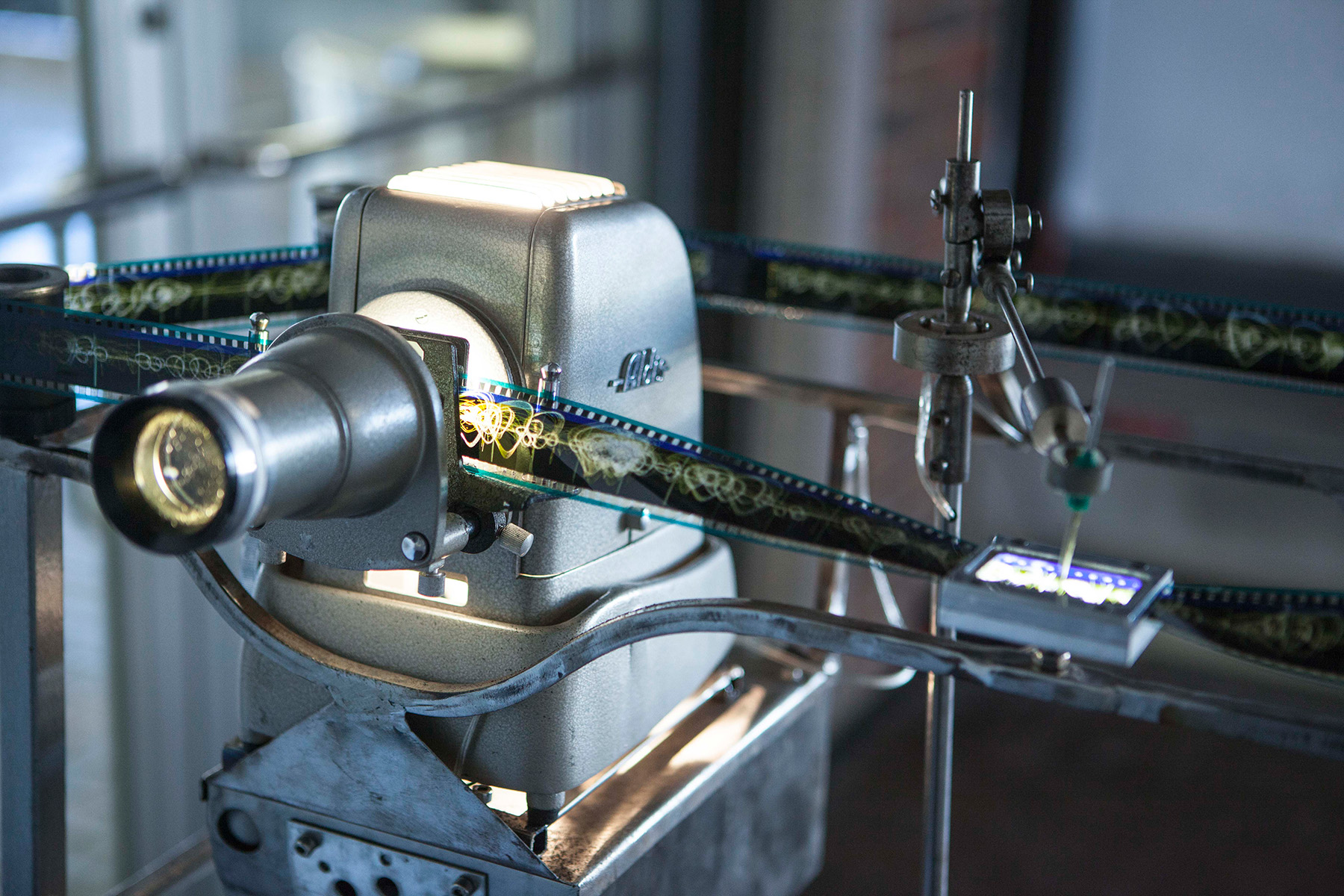 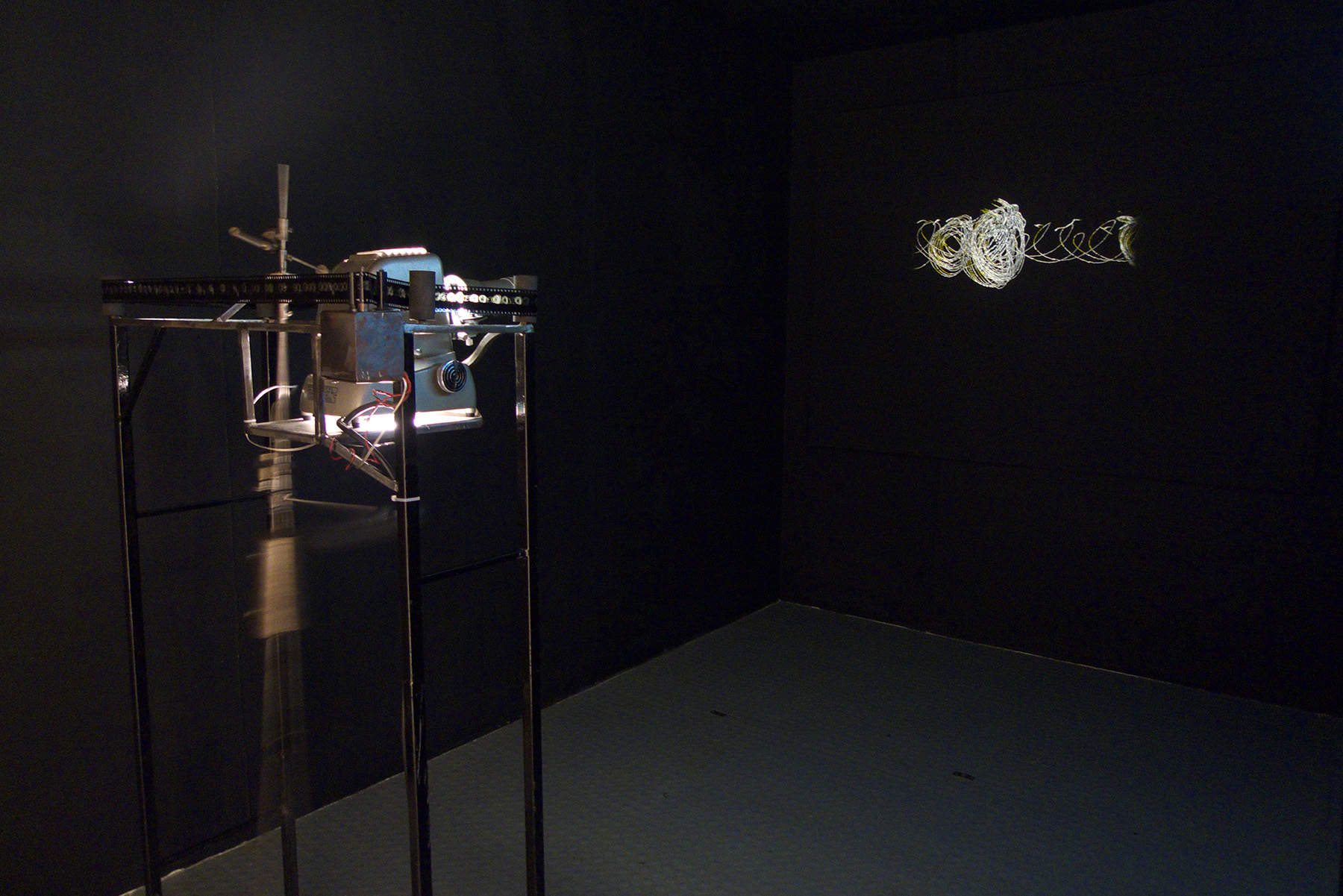 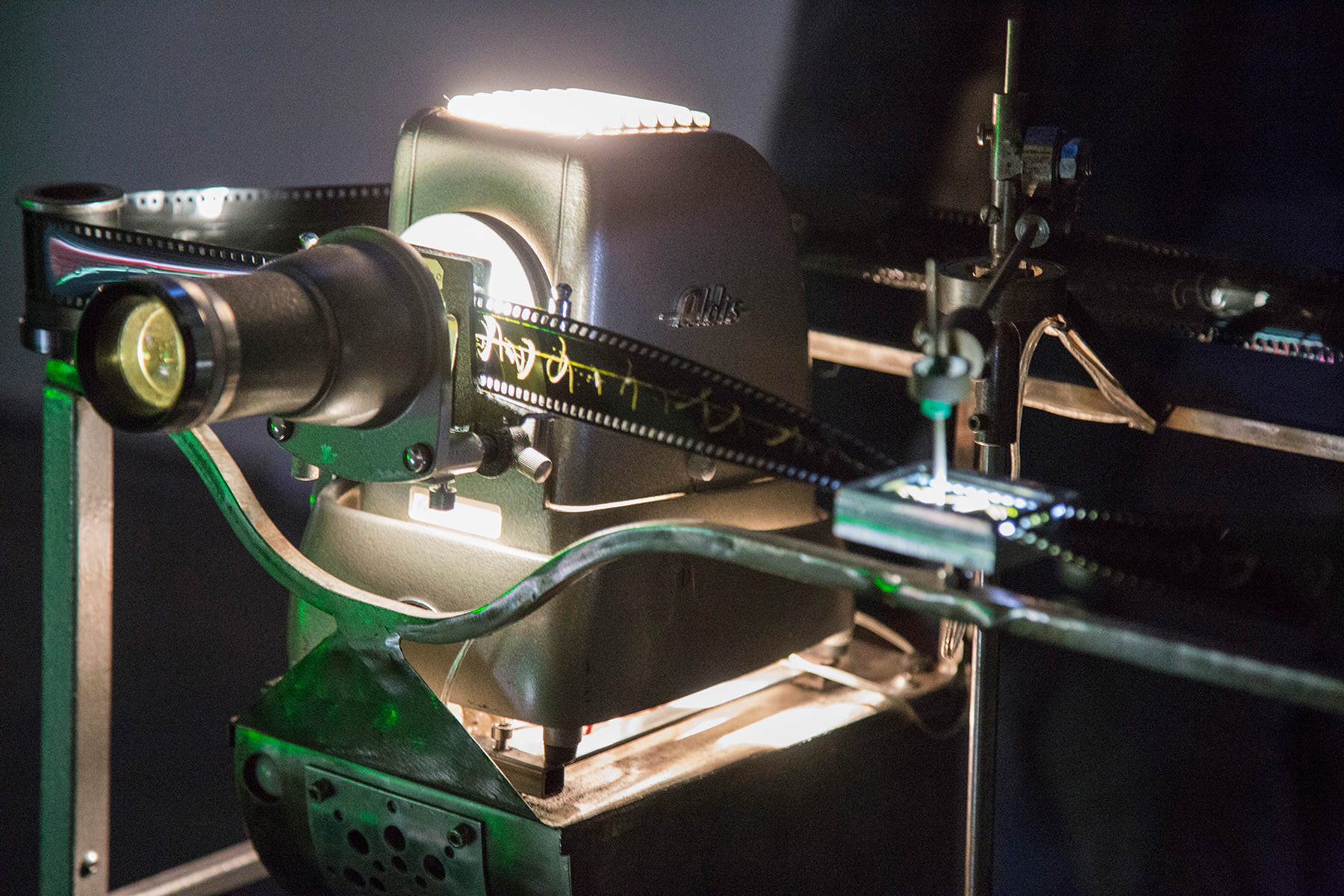